Beaver and Muskrats can cause a lot of damage to your property if their populations are not kept under control. They can undermine your soil and cut down or kill large amounts of healthy trees in no time at all. We have been providing muskrat pest control services and beaver extermination to Dayton area residents and businesses for many years.

Barnes Wildlife Control technicians are highly trained for beaver removal and muskrat removal in order to prevent damages to trees, ponds, creeks, and other natural landscapes using advanced trapping techniques. We have a dedicated team to assist you in the removal of these pest animals and provide you with tips and recommendations on how to keep them from coming back. 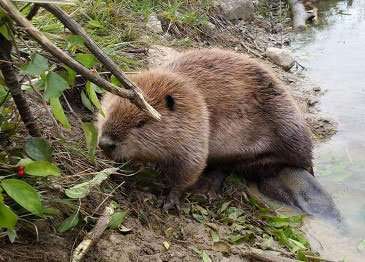 Get Rid Of Tree Chewing Critters From Your Property: Barnes Wildlife Control’s Beaver Removal And Muskrat Removal Professionals Are Number 1

We provide numerous solutions to muskrat and beaver problems. If you have navigated to this page then most likely you are dealing with a nuisance beaver or muskrat situation of your own. Barnes Wildlife Control is here to aid you in resolving your animal problems by providing you with knowledge and services that are proven effective against these critters.

Also, we have an arsenal of different traps and techniques we can deploy to get your pest issue under control no matter what. Barnes Wildlife Control has proven successes in removing beavers from public ponds, rivers, creeks, and farm water drainage areas and waterways.

We have provided numerous customers with muskrat trapping services around the Greater Dayton Metro area from retention pond muskrat removal to private lake muskrat control, we can do it all. Want to know more about beaver and muskrats, just click on the links below. 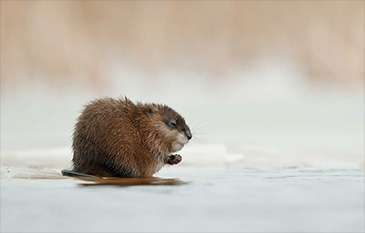 Have You Wondered “Can Someone Remove Beavers And Muskrats From My Property ?” You Can Trust Our Professional Team Of Licensed Wildlife Control Operators Who Can Remove Your Nuisance Beaver Or Muskrat Problems. We Are The Best At Beaver Removal And Muskrat Removal. 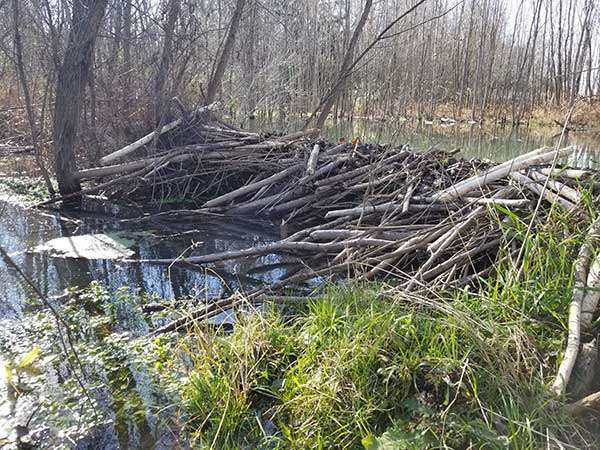 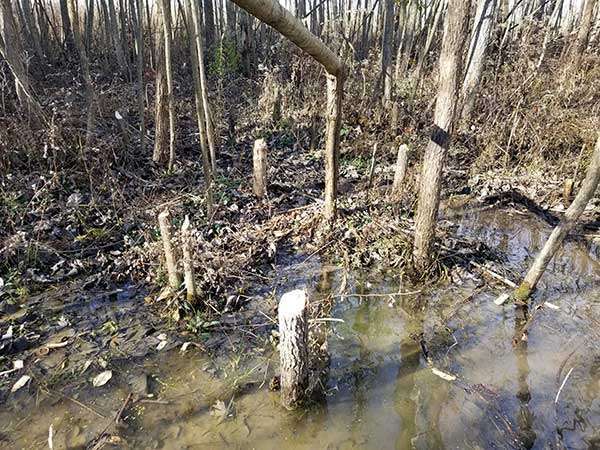 Common Complaints About Beavers And Muskrats In The Miami Valley

The Difference Between Beavers And Muskrats

Even though muskrats and beavers are only distantly related, they can be hard to tell apart. They’re both brown, rotund animals with bare, fleshy tails. They both swim, often paddling at the surface. Both are able to swim underwater for over 15 minutes and also feed underwater.

A muskrat has a small home range compared to a beaver, often less than 200 feet in diameter, which is roughly half a football field. Depending on the location a beaver can have a home range of half a mile. And those famous dome-shaped lodges that industrious beavers build for their families? Muskrats make lodges, too! 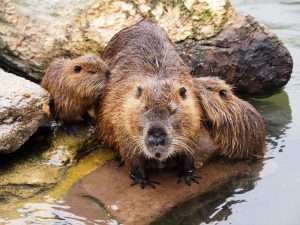 A mother beaver and her babies.

Size and Shape: Beavers are much larger than muskrats. Adult muskrats weigh up to about four pounds, whereas beavers average over 40 pounds. Once spotted, there are two major differences that distinguish the two. When swimming a beaver has one hump consisting of its head, neck, and upper back or just the head. Whereas a muskrat while swimming has two or three separate humps–its head, its upper back, and sometimes its tail.

Swimming Pattern: While swimming at the surface, muskrats expose much of their heads and backs. Their long, slender tails have triangular cross-sections, and make unmistakably clear cuts through the water. Beavers have flattened tails that they sweep up and down while swimming, but you typically won’t see more than just a beaver’s head above the water’s surface. 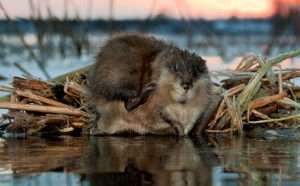 Diet: Muskrats eat plants such as cattails and sometimes consume animals such as crayfish. Beavers are exclusively vegetarian and eat the soft tissue under tree bark. If you see a stump that has been chiseled into a point, the culprit was a beaver.

Thanks to Mass Audubon and Rosemary

Barnes Wildlife Control has the necessary experience to quickly rid your property of beavers and their offspring. We offer several removal options such as foothold trapping, body grippers “Conibears”, cable restraints “snares”, and cage trapping. We also can provide culvert cleanouts and beaver dam removal once the beavers have been trapped and removed. Learn more about how beavers work together to build their lodges and dams.

The most effective and efficient way we have found to deal with muskrats is by trapping and shooting. We have all the best trapping equipment available and the know-how to use them properly. We also offer our air rifle services for extreme infestations using night vision and thermal imaging methods for locating and eradicating the muskrat population. After we remove the muskrats from your property we suggest employing several prevention steps to prevent their return. Installing wire mesh around problem areas and rip-rapping the banks with large rocks can help, but there are more helpful hints and ideas that can be found below.