Yes, habitat modification tree trimming is a necessary integrated process. By definition, the meaning of the word “habitat” is the natural or preferred surroundings of one’s environment. Many insects and animals in the Southwest Ohio area thrive in cool, grassy areas. Also if there is  an abundance of trees, shrubs, and other vegetative overgrowth expect the same.  Our  Greater Dayton Tree Trimming Experts will give you the best in tree trimming services.

In order to have a sustainable habitat, animals must have two main conditions
a source of food and a source of shelter

There are many instances where we as humans share the same habitat as the wildlife around us. For example, the more inhabitable that a home or property may be for animals increases the likelihood that a human-wildlife conflict will occur. “Habitat Modification” is the process of changing or “modifying” the surrounding environment of a property. Therefore, when done properly this makes scenarios of pest infestation less likely to happen.  Our approach, IPM or “Integrated Pest Management”,  eliminates natural threats. As an example, We remove brush that has grown against your home’s siding.  Because brush near the roofline allows squirrels and other critters onto your property and into your home.  So, intelligent tree trimming certainly helps reduce the likelihood of an animal infestation.

Complete prevention is our ultimate goal at Barnes Wildlife Control.

Many factors come into play in making your yard a prime piece of real estate for critters. Obviously you don’t want raccoons, opossums, skunks, etc.  claiming residence on your property. So, habitat modification around your property is very important.

First, let’s discuss brush overgrowth and tree trimming. Trees, bushes, and shrubs make ideal habitat for a wide variety of animals. Also, their rigid structure provides great stability in making a den or burrow inside a hollowed-out tree, at the base of a shrub, or tucked away behind the cover of thick bushes. Trees attract animals ranging from raccoons, squirrels, and opossums to bats and woodpeckers.

Before And After
Habitat Modification Tree Trimming Services 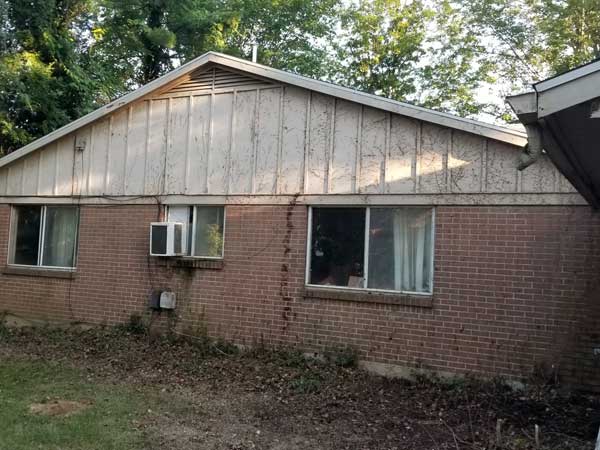 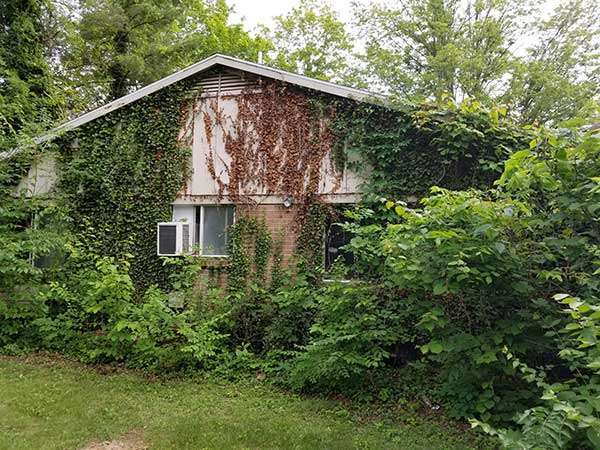 Tree trimming trunks become natural ladders for these creatures to access your home, especially if overgrown limbs come into contact with your rooftop. Also, once an animal has gained access to the roof area, it is only a matter of time before the ridge vents, gable vents, gutters, soffits, eaves, or dormers may become compromised. Furthermore, many homeowners complain about the noise of hearing squirrels running on the roof top before they now notice them running inside of their attic areas. And, brush that is overgrown allows wildlife to come in close proximity to your living space so habitat modification. A squirrel or raccoon will certainly not differentiate between chewing a hole in a tree trunk or chewing a hole in your soffit as long as it can claim the space as its own.

Free-standing structures in your yard such as porches, decks, and sheds also make appealing habitat modification for nuisance animals. The open foundations around these areas make a great entry points for wandering skunks, groundhogs, and even chipmunks, to name a few, easy access to the cozy spaces underneath them. Raccoons in the Greater Dayton area are notorious for living under outdoor deck areas and are many times the culprits for invading crawlspaces once they have decided to explore their newly-claimed surroundings. 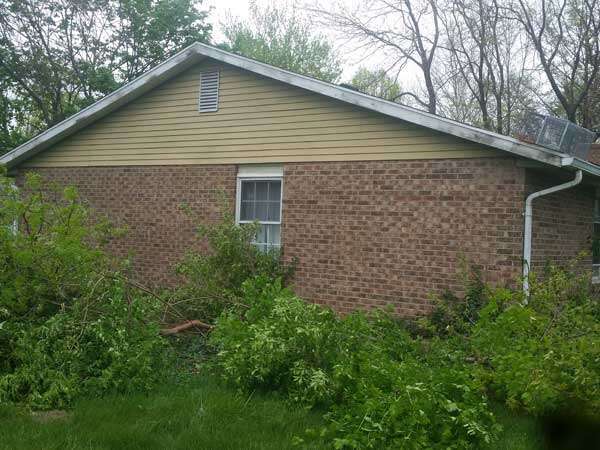 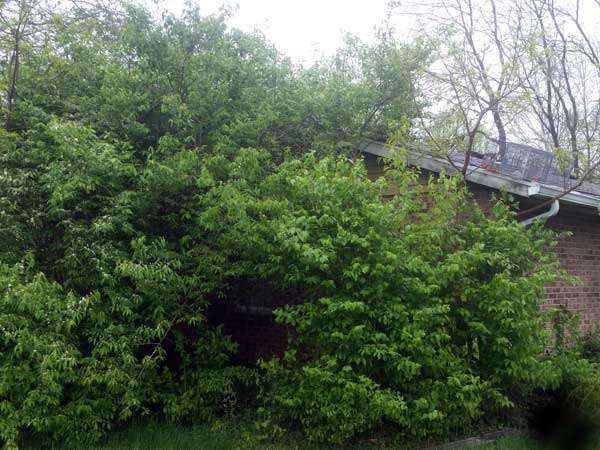 Many homeowners decorate their properties with bird feeders, ponds, and fountains to attract melodious songbirds and enjoy as many elements of nature as possible. While these things certainly bring aesthetics to your residence, they become an un-intended food source attracting the unwanted presence of pillaging squirrels, ravaging skunks, and voracious raccoons. Once a food source is established in an area, it is only a matter of time for the problem animals to find a source of shelter close by and if overhanging branches are near the roof, habitat modification tree trimming service should be employed.

There is an old saying that states, “Like attracts like.” If homeowners have previously dealt with an animal issue and are experiencing the same problems year after year, their level of frustration becomes high as they feel that they are being targeted by a particular groundhog, squirrel, etc. Animals are extremely scent-driven. If they happen to smell the remnants of where another animal previously occupied, that becomes an open invitation to move on in.

Burrows, nesting sites, and even den areas in attic insulation harbor animal debris, fecal matter, and urine all putting off strong odors that can attract new animals to the area. It is vital that a wildlife control specialist like the technicians at Barnes Wildlife Control assess any areas around the home both inside and out where animals have been to address any odor that may potentially bring new animals to the area. BWC offers habitat modification tree trimming services for all of the Greater Dayton area.

Following a thorough inspection of your residence, our technicians are prepared to help with long-term nuisance animal control strategies through the process of habitat modification tree trimming. We want to prevent the animals from utilizing the brush to access your roof.

Sometimes only minor changes are needed to be effective in discouraging a pest problem, but other times it can turn into more of a strenuous project, given the situation. It all varies case-by-case depending largely on the natural elements and the species of pests in question. Rest assured you can leave it all in the hands of our capable professionals here at Barnes Wildlife Control of Dayton and Troy, Ohio.