So, Have You Been Bitten By A Recluse? Or, Maybe a Black Widow? Both Are A Hazard To Humans! Better Call Barnes Wildlife Controls Spider Removal Service Today! 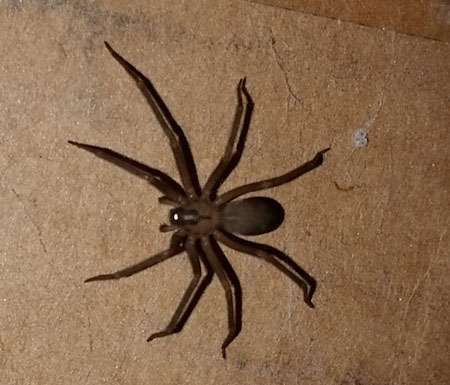 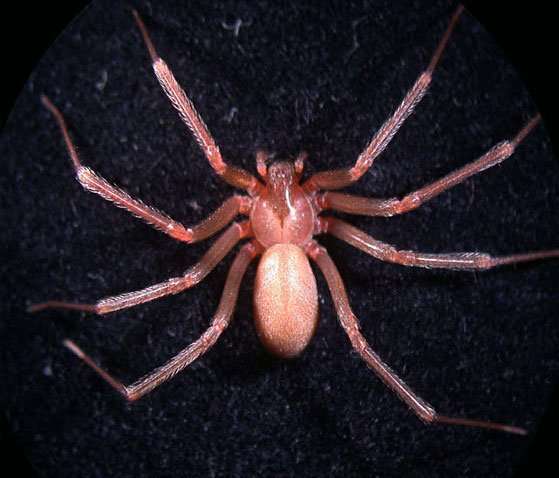 First, Barnes Wildlife Control Spider Removal Service wants to talk about the recluse spiders bite. Although usually not painful at first bite, the bites pain can become severe in a few hours. Although seldom life-threatening, the bite may threaten the life of the very young or very old. Also, there is another concern: the wound associated with the brown recluse bite can destroy nearby tissue. So, if this happens then wound closing surgery may be the protocol. 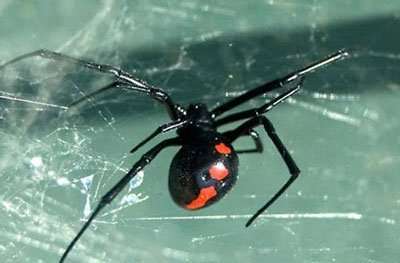 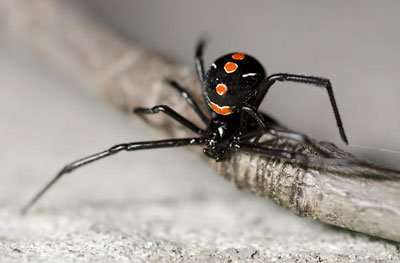 Next, let’s talk about the widow bite. Widow Bites occur from females. Males widows don’t bite humans. Also, in the two widow species the bite can prove serious. Furthermore, the widow bite usually feels like a needle prick. But, in time the bite can cause painful muscle spasms and cramps. Fortunately, complete recovery occurs for healthy adults.

Obviously, you don’t want to deal with these types of bites. Therefore, call the Barnes Wildlife Control Spider Removal Service at (937) 340-1867. Our experts will take care of you recluse and widow spiders before they bite anyone in your household.

Knowledgeable, thorough and friendly defines Barnes Wildlife Control Spider Removal Service, a company that takes Pride In A Job Well-Done. Also, Barnes Wildlife Control employees use the nation’s leading and safest products. Furthermore, we use the most advanced spider removal methods. Because we need well-trained technicians we continue their education while employed with us. Therefore, the Barnes team attends national seminars and completes extracurricular coursework so we provide our customers the best possible spider removal service.

CALL BARNES WILDLIFE CONTROL AND PUT AN END TO YOUR SPIDER PROBLEMS!

Extremely valuable predators, spiders eat many insect pests. Spiders feed on common indoor pests, such as roaches, earwigs, mosquitoes, flies and clothes moths. If left alone, spiders will consume most of the insects in your home, providing effective home pest control. Spiders found in Ohio include 24 unique species from confirmed sightings. Also, spiders in Ohio are not bound by the territories. Furthermore, spiders can be found outside their known range since they often get transported by humans in cars, luggage, and other belongings.

While you don’t want them living with you, spiders do provide useful services and deserve more respect than fear. But, Barnes Wildlife Control Spider Removal Service suggests if you find Black Widows or Recluses spiders in your Greater Dayton Ohio home give us a call at (937) 340-1867 today.

Barnes Wildlife Control Spider Removal Service deals with other spider problems in Greater Dayton Ohio other than Recluse and Widow Spiders. Furthermore,  there are too many of those species of spiders to name here. So, we have a link below to the amazing number of spiders that are in Ohio and the Greater Dayton area.

The Spiders of Ohio - Species and Photos

Spiders getting in your home and biting you? If you want expert, long-term spider removal service, Call Barnes Wildlife Control at (937) 340-1867 Today .

Many spiders lay their eggs inside a silk egg sac. Also, the sac is often hidden in a web or attached to some surface or carried by the female. Spiders can produce a large number of egg sacs, each containing hundreds of eggs. Furthermore, a spider egg sac is made from woven silk, and about the same size as the spider. 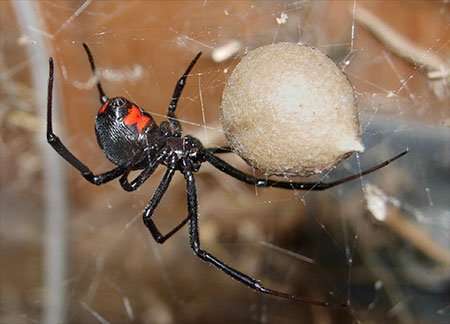 Black Widow And Her Egg Sac

So, you want to know about a spider egg sac 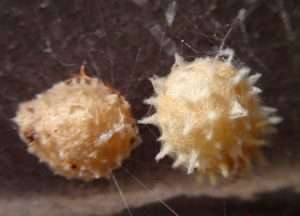 How big are the spider egg sacs?

Spider egg sacs are  small. Also,  Larger than a nickel but smaller than a quarter. 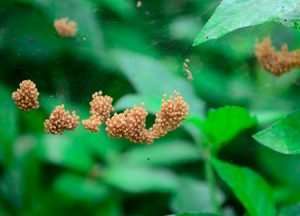 What color are spider egg sacs and where are they located?

Did you know most spider egg sacs are white or off-white” But, this is not the case for all egg sacs. Why? Because some spider eggs sacs are brown, yellow, and at times yellowish green. Also, you can look at the color to determine if what you see is a spider egg sac. If the color of the spider sac is blue or orange then probably not a spider egg sac. 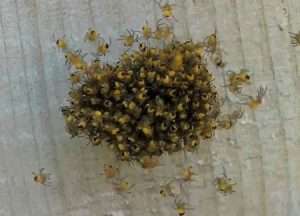 So, if you see baby spiders then there are probably egg sacs close by and more babies to come. Also, female spiders often lay hundreds of eggs in an egg sac. Furthermore, when the eggs hatch, all those tiny spiders start crawling out of the sac. And, if you see any small, pale-colored spiders crawling around it’s probably time to call Barnes Wildlife Control Spider Removal Service at (937) 340-1867 today.

LOOKING FOR PEST CONTROL NEAR YOU?

CALL BARNES WILDLIFE CONTROL TODAY FOR A FREE, NO-OBLIGATION CONSULTATION
(937) 340-1867 or Email Us

Find Spider Webs Throughout Your Home? Also, Seen Spiders In Your Sink? Or, Have You Had Spiders In Your Bedroom? Been Bitten By A Spider? Contact Barnes Wildlife Controls Spider Removal Service Now!