Beavercreek Animal Pest Removal Services are provided by Barnes Wildlife Control’s certified and knowledgeable team. We provide fast and efficient animal & insect removal services for all of Beavercreek, Ohio. In addition, we can repair exterior and interior damage caused by regional pest wildlife.

Throughout Our Company’s Existence Beavercreek Animal Pest Removal Has Always Served Our Clients As If They Were A Member Of The Family. We Do What We Say We Are Going To Do! 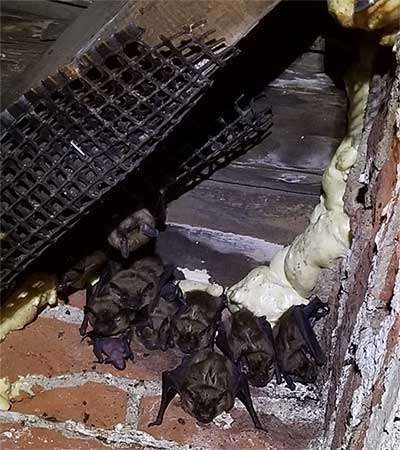 Colony of Bats hanging on brick chimney inside the attic prior to bat exclusion services.

Who Calls Us And For What Reason

The majority of calls that we receive are from Beavercreek home or business owners. When people speak to us on the phone they hear something scampering inside the attic or walls. They often say they have found feces in the attic or basement. Most of the damage inside a houes or attic is unseen.

Rodents like squirrels, mice, and rats gnaw. They often chew on electrical wires, which can cause a fire hazard in your home. I’ve seen them chew on pipes many times, causing leaks, as well as electrical outages. Wildlife such as raccoons, bats, birds, opossums, and rats spread several diseases that humans can and do catch, such as Histoplasmosis, Hantavirus Pulmonary Syndrome, Salmonella or Leptospirosis from the droppings, and Eosinophilic Meningitis to name a few.

Most animals will chew or tear open an entry access to your home. Raccoons in an attic will often tear the duct work to shreds, not to mention electrical wires. They can leave huge amounts of droppings and urine. The same goes for bats, which in large numbers can leave a huge amount of guano behind.

Oftentimes, the animals living in your house also die inside your house, causing a terrible odor problem.

If you have a problem with an animal outside the house, you can see the damage. It could be a groundhog that has dug a large hole next to your house, or a raccoon that is tipping over your garbage cans or pooping in your swimming pool. It might be an opossum that is stealing pet food, or a skunk living under your deck, causing an odor problem. Some animals might destroy your garden or landscaping. Or perhaps you are simply scared of snakes. Whatever the problem is, our wildlife experts can remove the source of the problem, and prevent it from happening again. Click your animal to learn more: Raccoon – Squirrel – Skunk – Rat & Mouse – Bat – Bird – Opossum – Groundhog – Armadillo – Snake – Dead Animal

To prevent future animal intrusions, our certified staff will repair all entry points and restore attic areas with unbeatable warranty coverage. What’s more, none of our work is sub-contracted! Our sales staff are the same technicians making the repairs on your home.

We Go The Extra Mile

Beavercreek Animal Pest Removal goes the extra mile by performing a Whole House Inspection for Pest and Animal Sounds.  This doesn’t mean standing at the attic access door with a flashlight or standing in the driveway looking up at the roof.

As part of our superior service, we actually go into the crawlspace, attic, basement, and up onto the roof to accurately diagnose the animal sounds inside your house.

We want your problem solved as much as you do!  To this end, we go the extra mile to remedy your wildlife invasion problem, so life can return to normal.

Beavercreek Animal Pest Removal continually trains and keeps up to date with the latest products and repair methods. As a result, the exclusion repairs we make to a home are seldom noticeable. The repairs are made to be aesthetically pleasing to the eye but strong enough to keep out wildlife.

Once we have finished removing an animal from your home we can repair all animal entrances and exits. We make sure your home looks like it never had animal damage whatsoever.

A Perfect Example Of An Animal Entry Area

The photo below shows a perfect example of an animal entry area. As you can see, the builder cut the wood short and never came back to caulk, seal, or metal flash the large gap that rodents and pests use to enter the attic.

For example, bats can enter gaps as small as a dime! Our animal experts can’t solve your nuisance wildlife troubles until they determine how critters enter your building. We perform a comprehensive inspection of your building from top to bottom, inside and out.

Only an expert’s eye can determine how animals are entering a structure. Our knowledge of animal behavior and the signs they leave around a building help us locate all the entrances and exits they use. We must identify 100% of the openings, or a wildlife removal job will not succeed.

Another key point: once insects and vermin find these openings in the house, they have free rein inside the attic, down into the walls, and possibly inside the home. By all means, if you are hearing critters in the attic or sounds coming from the ceiling area, give Beavercreek Animal Pest Removal a call to diagnose and resolve your wildlife pest control issues. 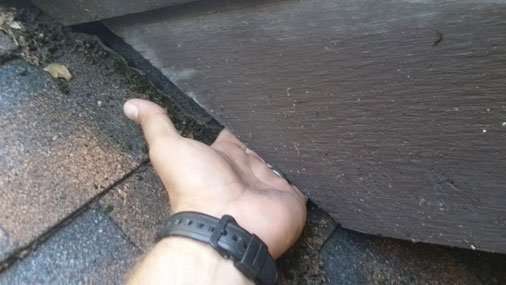 Jacob Barnes, the owner of Barnes Wildlife Control, shows an animal entry point during an inspection of a Beavercreek home.  Bats, squirrels, and mice use construction gaps like this to get in the attic. Clearly, this loose piece of fascia board needed repair in order to keeps animals out of the house. 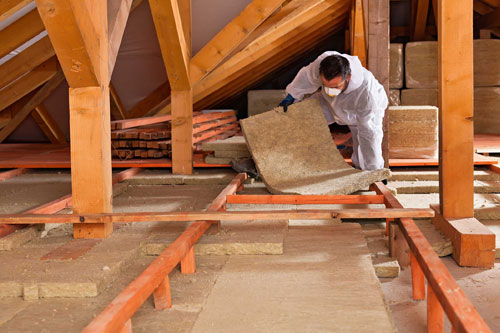 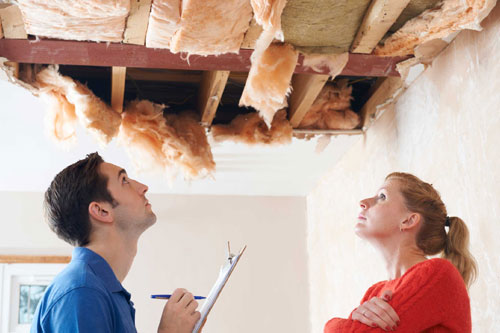 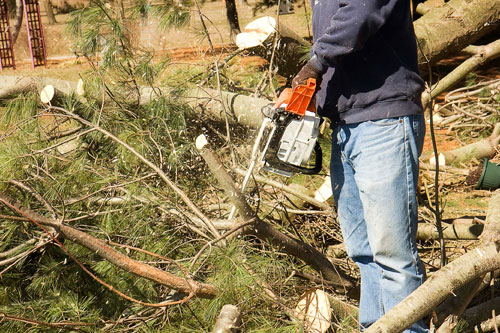 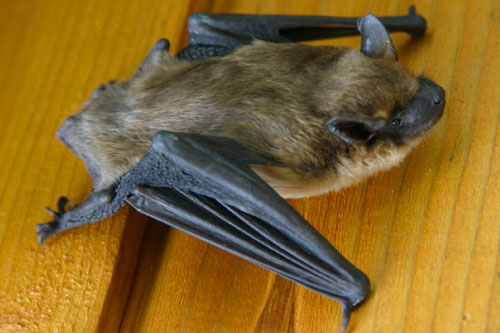 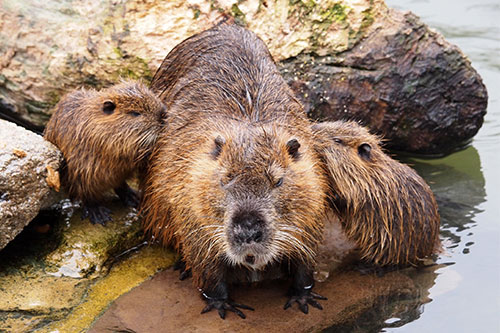 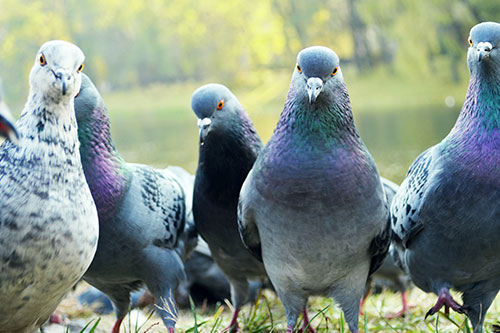 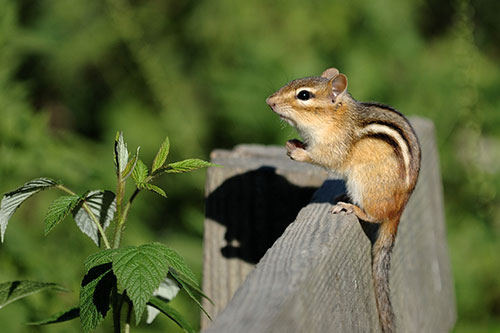 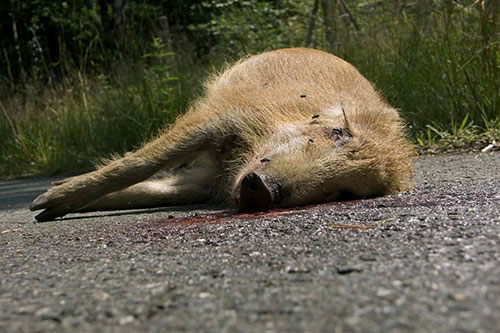 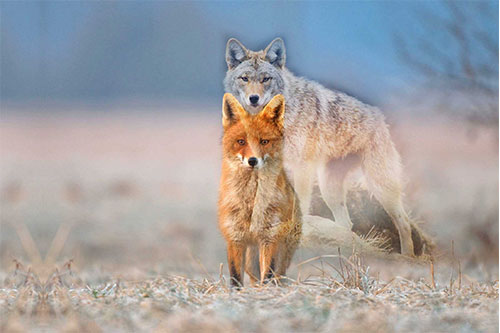 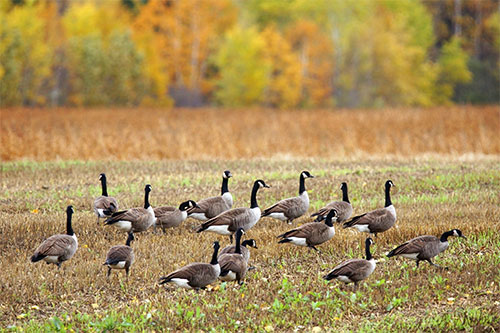 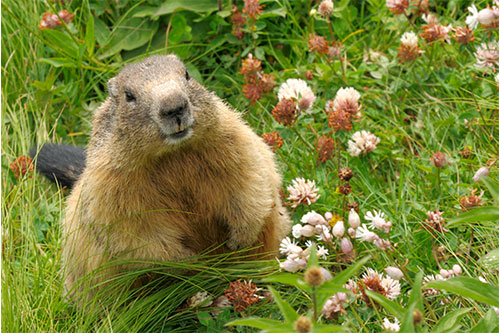 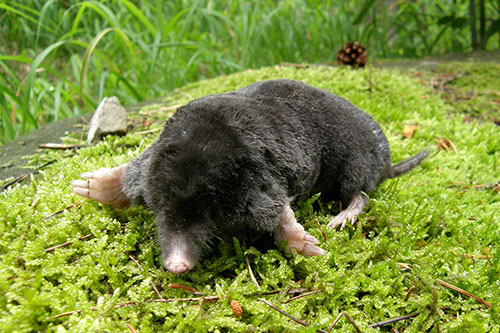 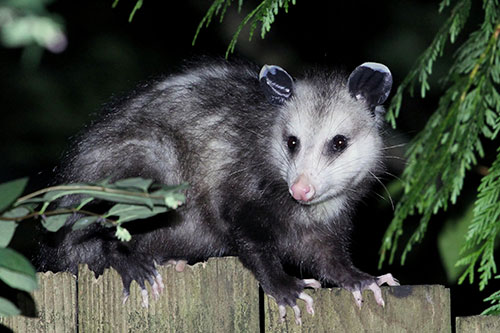 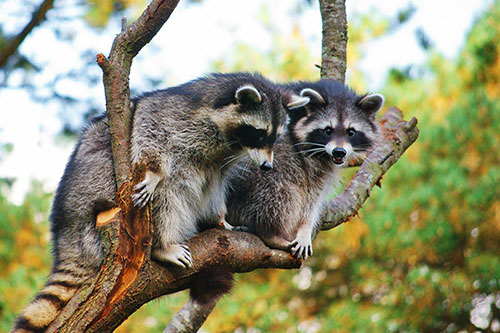 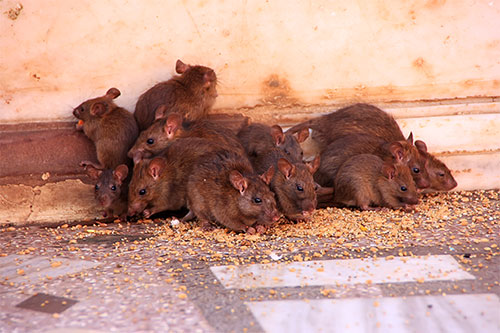 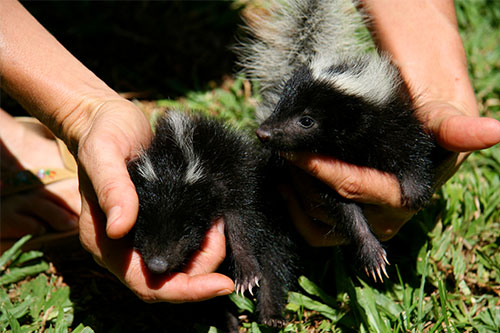 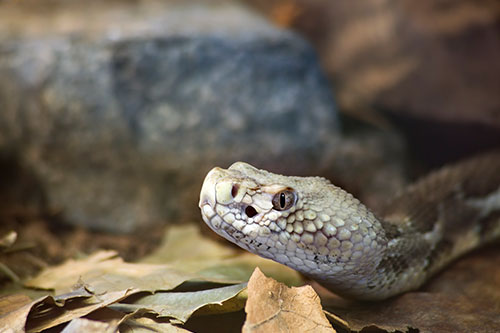 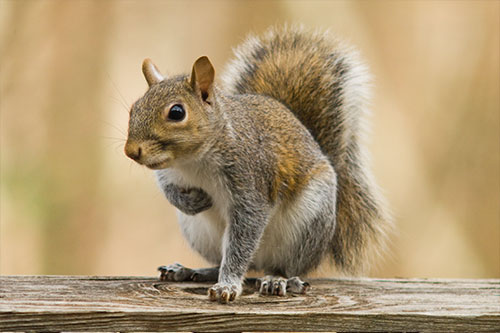 Our Areas Of Expertise At Beavercreek Animal Removal 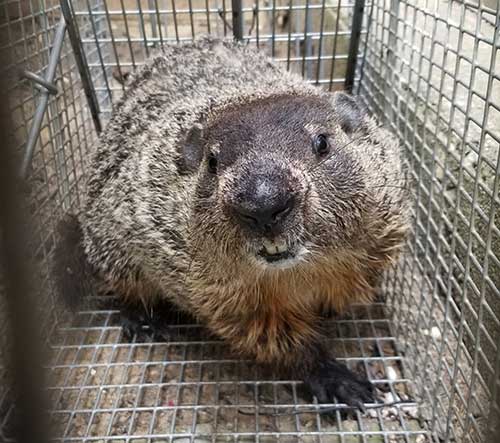 Groundhog problems plague many Beavercreek gardeners. We captured this groundhog which was eating our client’s favorite vegetables.

Beavercreek Animal Removal professionals provide you animal removal services with your safety and satisfaction in mind. Our Better Business Bureau Ratings, Yelp Ratings and Our Testimonials back that claim up. No matter what animal or the situation, we promise to get the job done. Without doubt, you can trust in our professionalism, knowledge, integrity and pride in a job well-done. 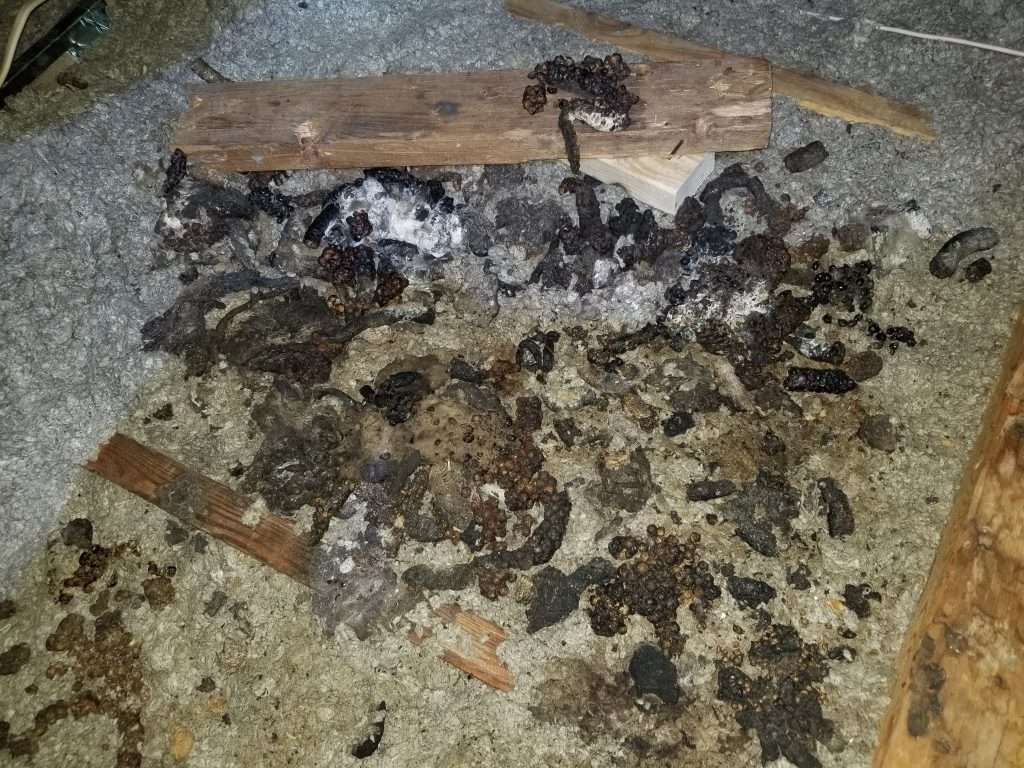 Raccoons make a mess of many Beavercreek attics by soiling insulation with feces. Along with the raccoon feces, we often find a family of raccoons including a raccoon mother with her litter of baby raccoons.

Our highly skilled Beavercreek team provides not only Nuisance Animal and Insect Removal. Additionally, we are fully capable of providing a wide range of related quality services, such as Feces Removal, Deodorizing and Sanitization, Attic Restoration, Re-Insulation, or Drywall Replacement. And if you are having serious bird problems, we are a Certified Bird Barrier Installer and Certified Avitrol Installer. Ensuring your safety and the welfare of your property is important to Beavercreek Animal Removal. We strive to start resolving your problem immediately, many times the same day you call!  By all means, contact Barnes Wildlife Control’s Beavercreek Animal Pest Removal Service – We Can Work With You!