Dead Animal Carcass Removal is a common occurrence for Barnes Wildlife technicians. Think about squirrels, the cute, fuzzy, little creatures that play in the shade at the park, or scramble through the trees and on the ground to hide their nuts, or happily munch on your birdseed. Well what happens when they chew a hole into the side of your home and fall 20ft down inside the chimney and can’t get out; a quick call to Barnes Wildlife Control for Dead Animal Carcass Removal maybe in your future.  If the sound in the chimney is caught in time, we may be able to rescue the trapped squirrel.  If left for more than a couple days then the animal will unfortunately die in the chimney without food or water. They’re adorable, aren’t they? Now, think of your home, that relaxing place that isolates you from the crazy world outside, and that smells and looks just how you want. Now, think about that same house with scuttling, squeaking, noises in the ceiling and walls, and chewed up material. Oh, and add the foul smell of rotting flesh. Does not sound like a place you want to live in, does it? Well, just add squirrels to that previous description of a nice, comfortable house, and that’s what you could have. Such was the case of a home in Beavercreek, Ohio.

Multiple squirrels decided to make themselves at home in the house, to be exact, in the chimney. Squirrels had damaged the exterior of the house and the interior of the chimney. Squirrels destroyed the fire-barrier inside the chimney and other material. The worst part however, was that after squirrels had gone down inside the chimney, they had been unable to climb back out, and had died inside, contributing to the horrible smell of decaying animals that filled the house and BWC came to the rescue with their Dead Animal Carcass Removal services. This huge problem was a job for Barnes Wildlife Control.

If you have any squirrels in or around your house, or even on it, don’t hesitate call the team qualified to do the job, Call Barnes Wildlife Control at (937) 340-1867 or Visit our Dead Animal Removal page 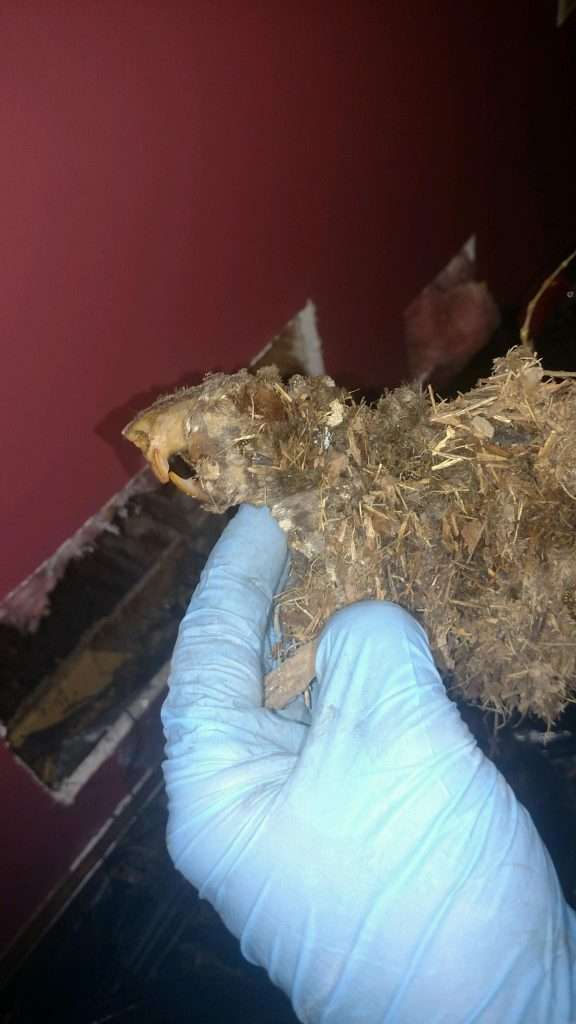